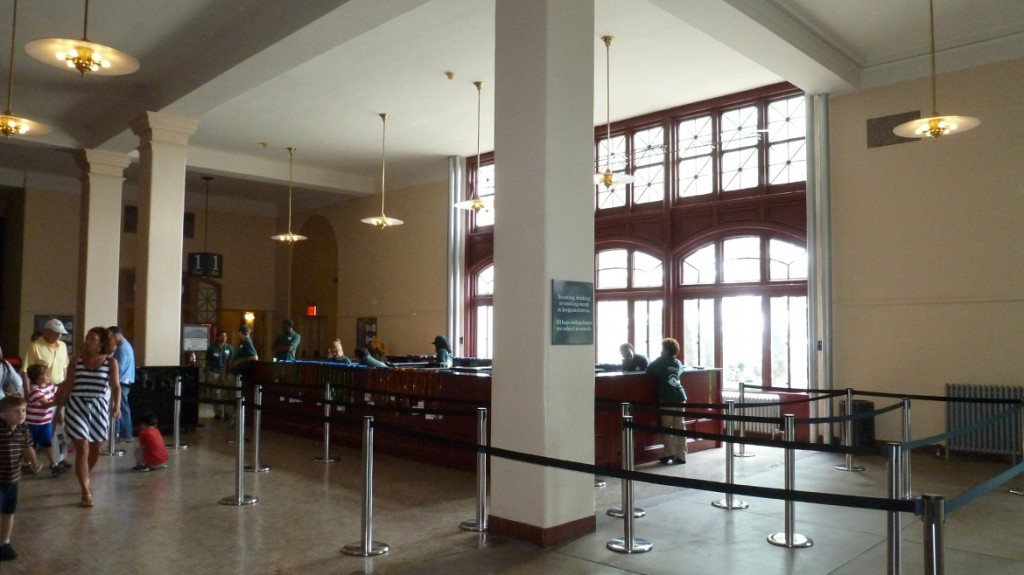 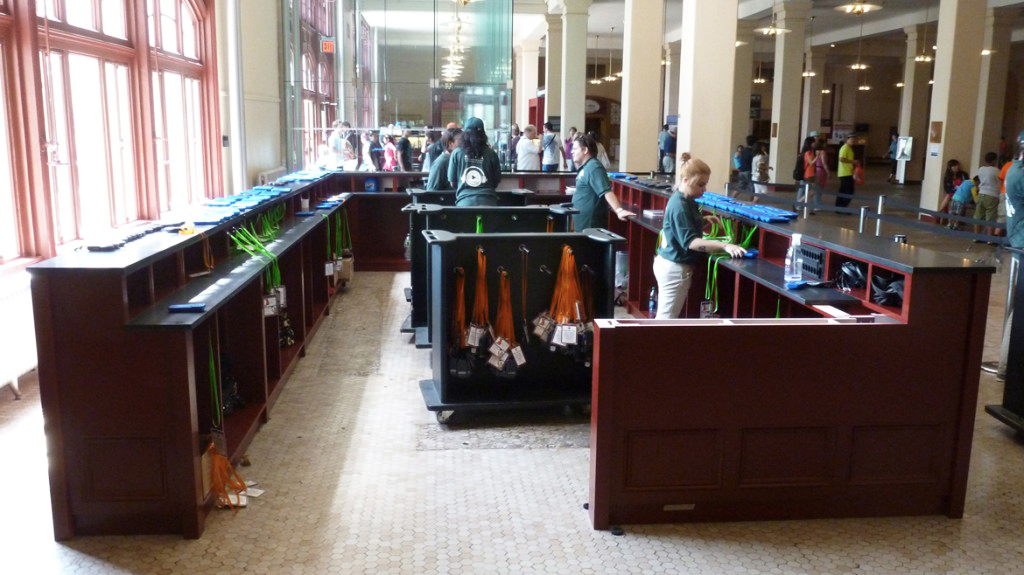 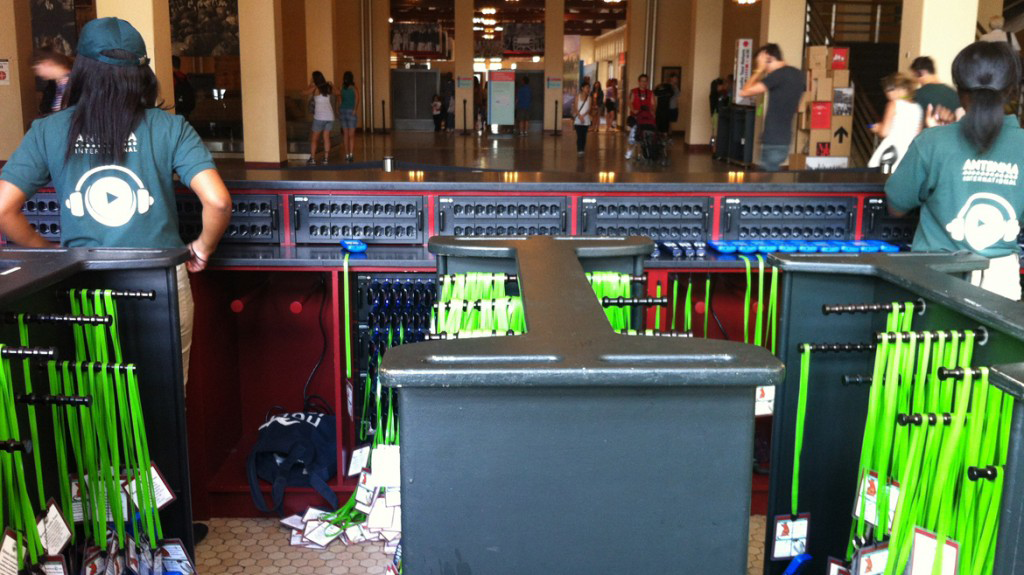 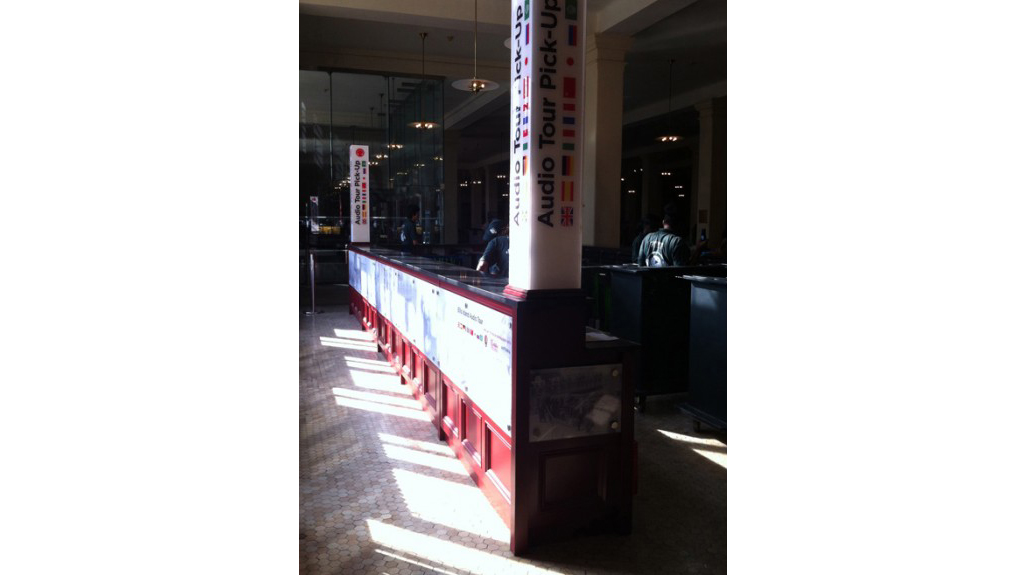 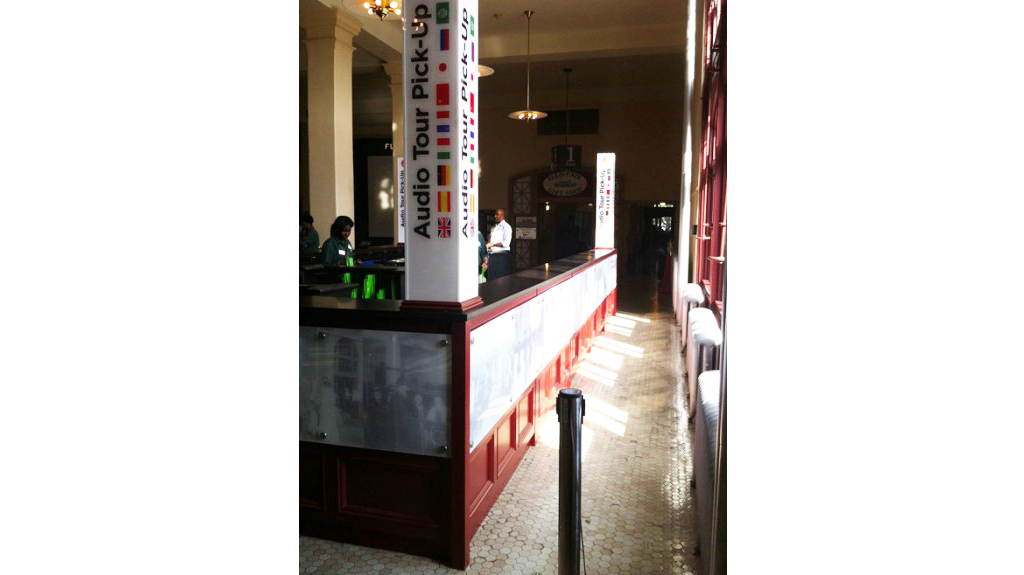 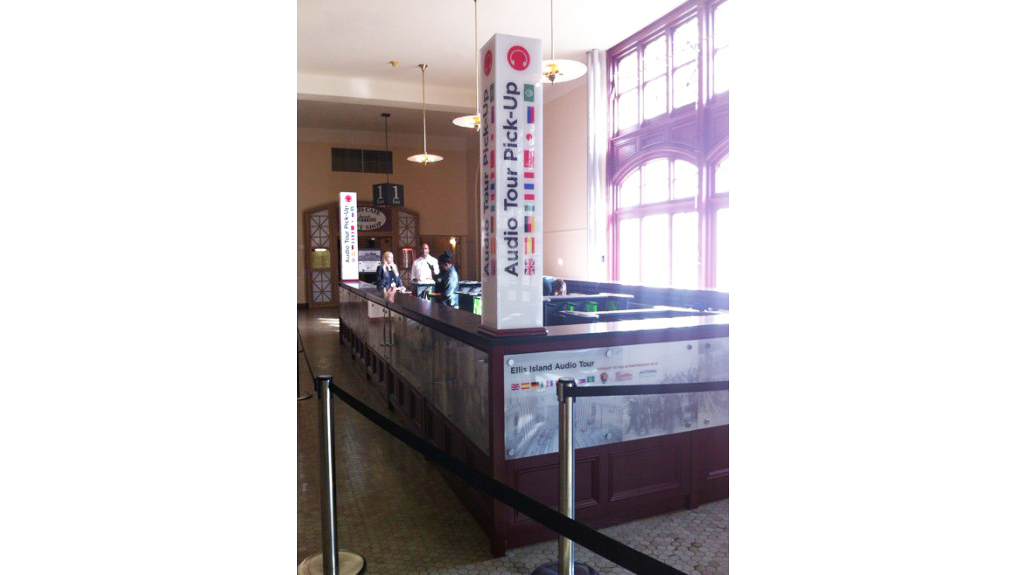 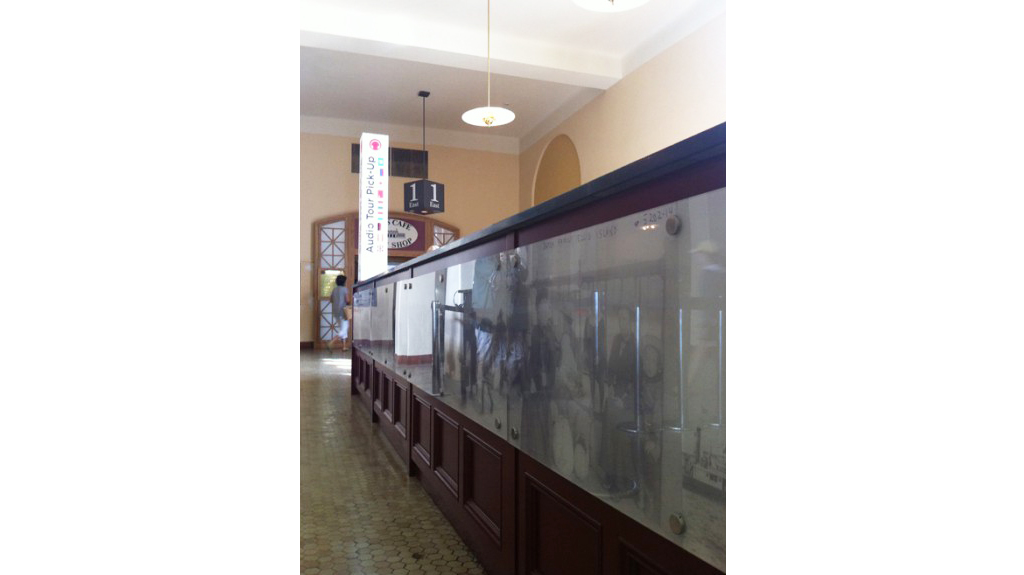 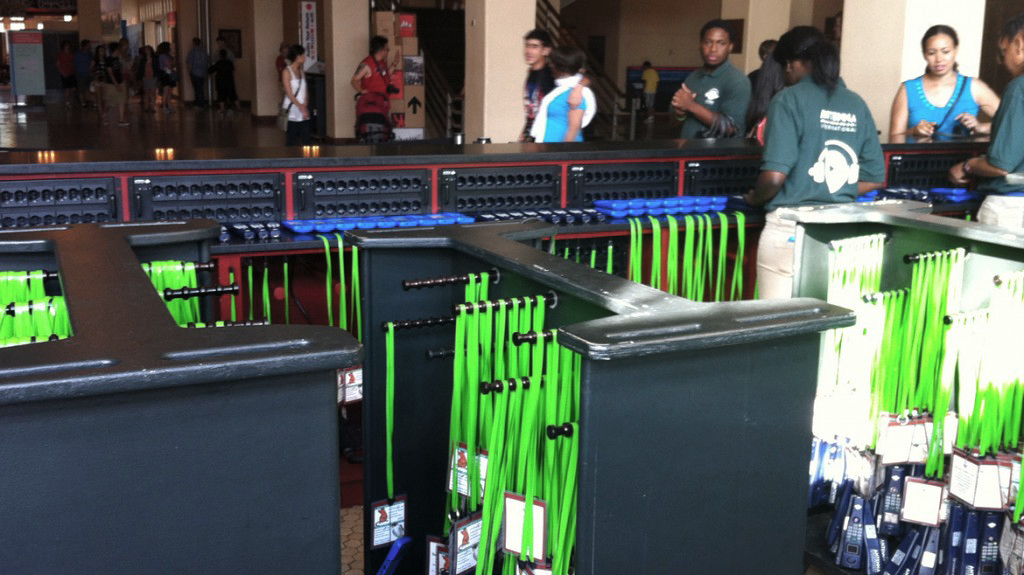 In 2013 IPD Partners was honored to partake in an intricate design-build project for the renowned immigration museum building on Ellis Island. The project consisted of a highly functional, well-routed audio tour space, that would not only correspond with the traditional details of the building’s interior but also would capture the historical essence of the building, once being the gateway for millions of immigrants to the United States.

The audio pick-up desk, being the first impression upon entering the museum, consisted of traditional moldings and offset plexiglass panels, back mounted with historical black & white photos of some of the first immigrants to arrive in the US. Custom light boxes were specially engineered for the corners of the desk so international guests could easily identify the operation from anywhere in the 7,000 square foot lobby space. Special attention was paid to the design of the desk’s interior which would retrofit and be interchangeable with three different audio device layouts. Over 8,000 rechargeable audio devices were installed in the lobby unit.

An accompanying unit with overhead lighting was designed and installed beneath the lobby stair to function as an audio return station. Electrical work and installation was judiciously completed in efforts to avoid mounting to or installing into 150 year old architectural elements and finishes.