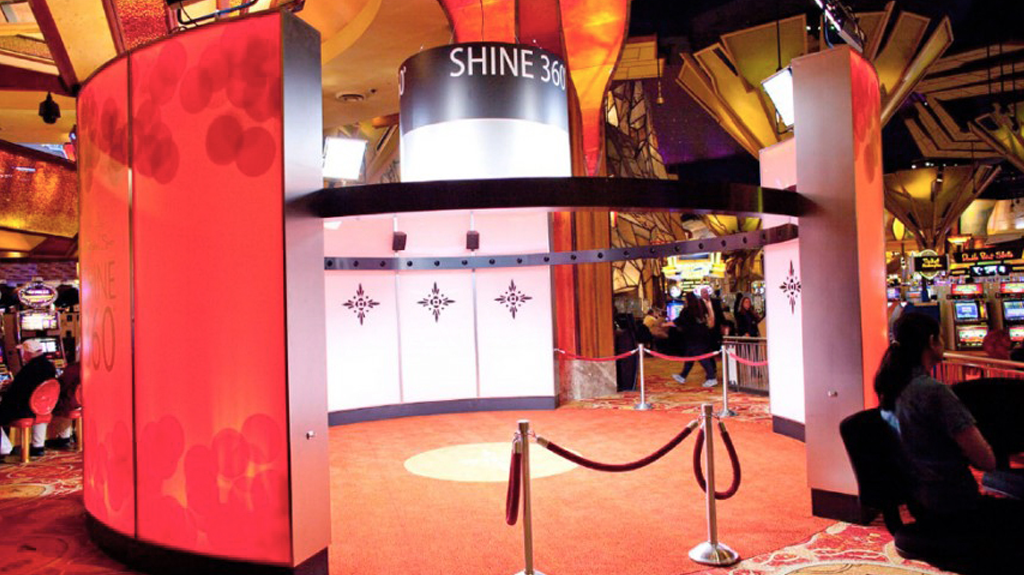 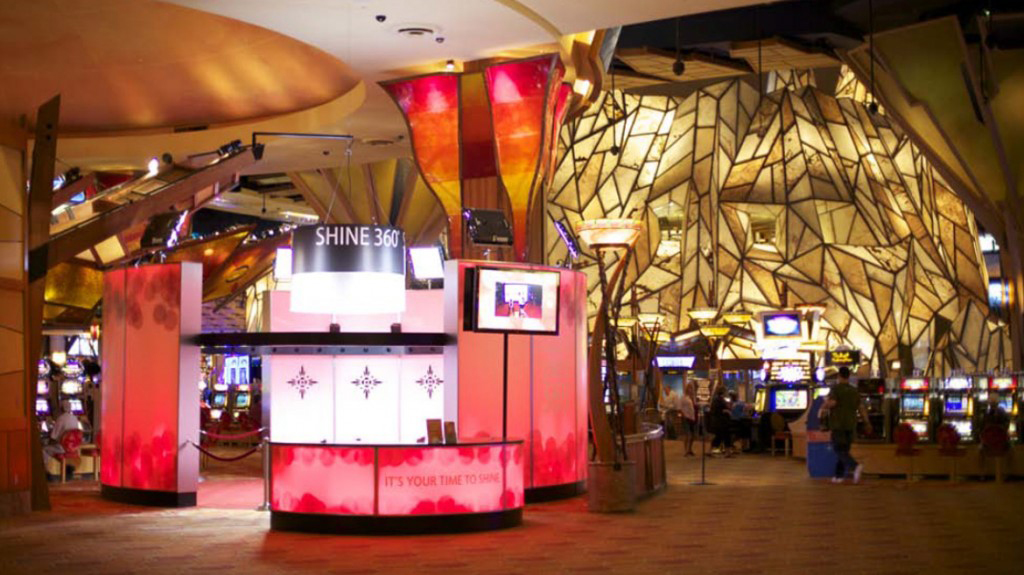 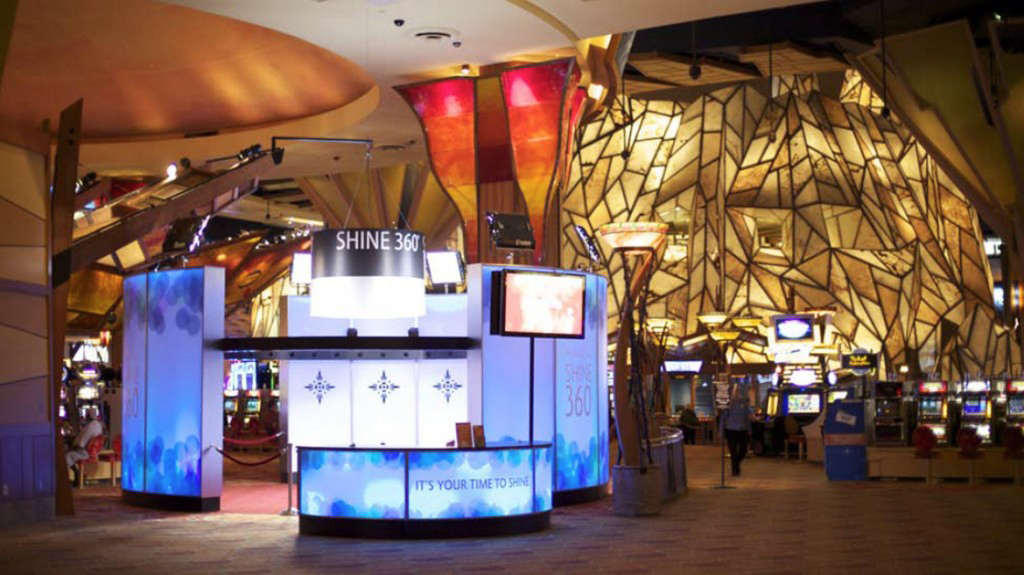 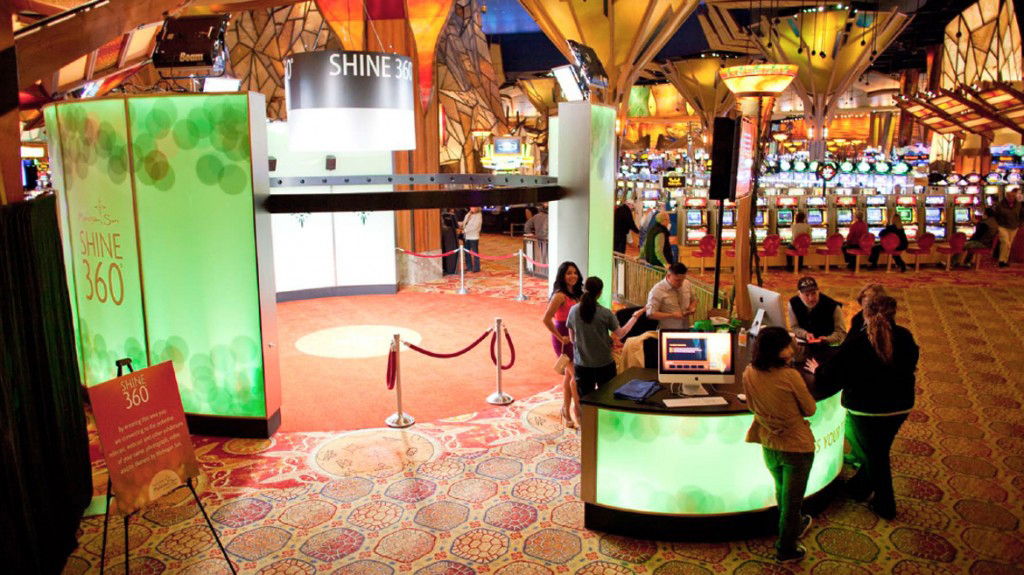 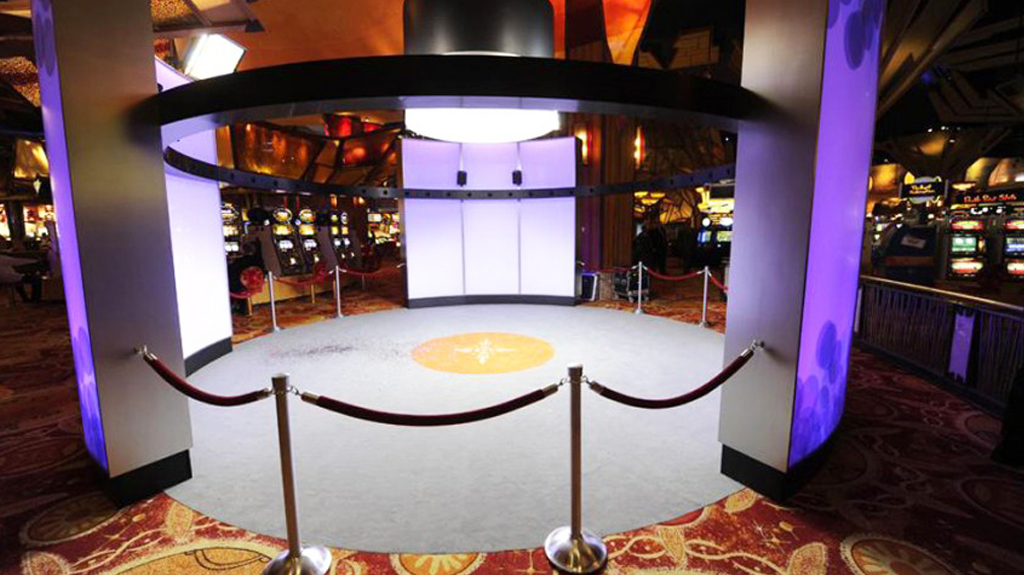 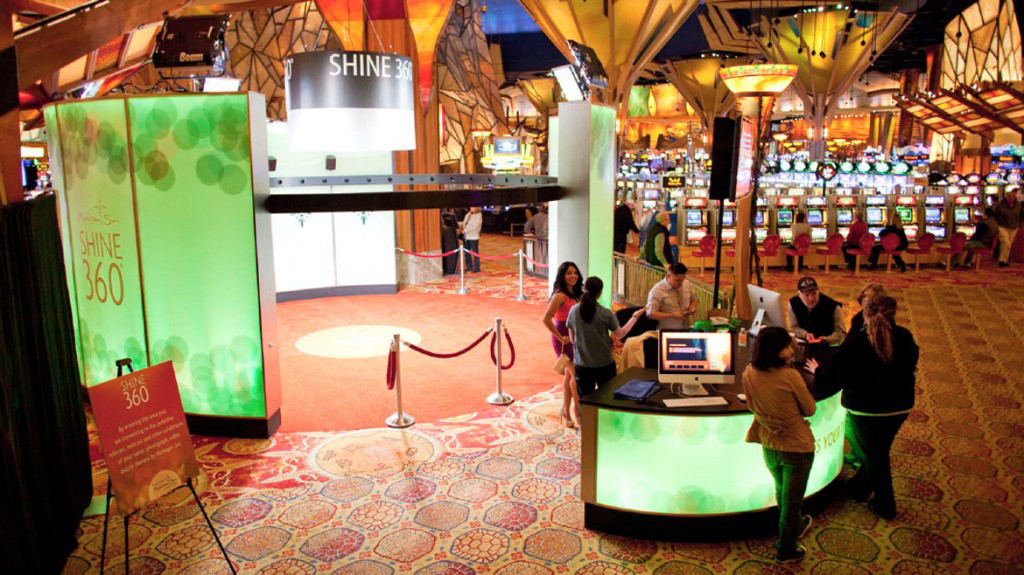 In January 2012, IPD Partners completed a design / build project of a 25 foot wide 360 photo booth for Mohegan Sun Casino in Norwich, Connecticut. The “Shine 360” is a permanent installation with 48 overhead cameras that lets guests record 12‐second video snapshots of a moment from all angles and then share the clips with Facebook and Twitter social followings.

This new “phygital” video experience as the press release describes is the first time a U.S. company has been able to offer this amenity. Members of the Player’s Club will be able to star for free and turned into “digital celebrities” in their own 360‐degree videos. Once a guest enters and strikes a pose, the cameras simultaneously snap 48 photographs. “In seconds,” the release says, “the photos are seamlessly transformed into a 360‐degree, head‐to‐toe, back‐to‐front image”.